This project offers a means for deploying a Kubernetes cluster that satisfies the requirements of ONAP multicloud/k8s plugin.

Its ansible playbooks allow provisioning a deployment on Virtual Machines and on Baremetal. 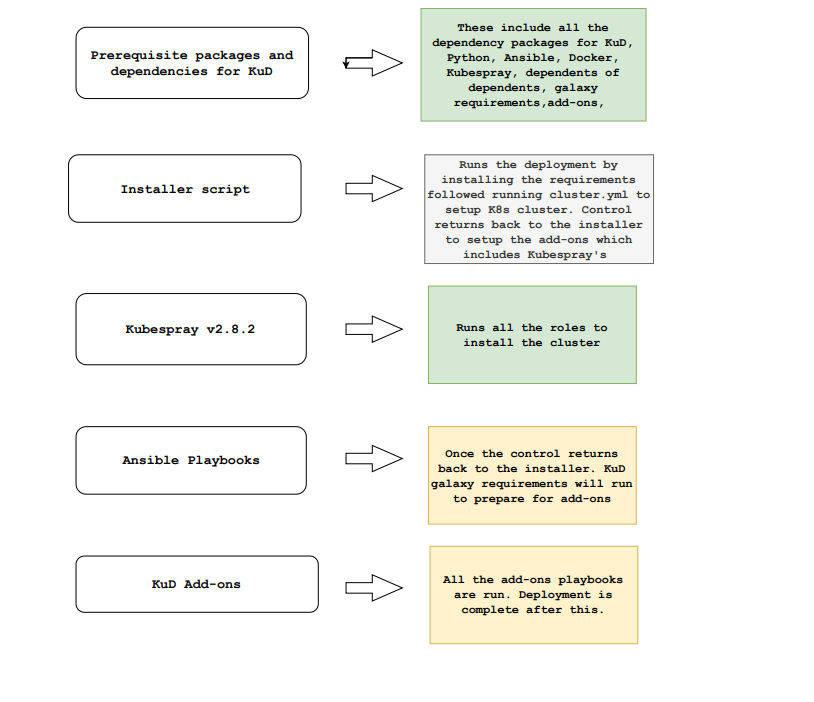 To deploy KuD independent of ICN please refer to the documents/instructions here.

The values listed above are the changes that could be overridden in K8s-cluster.yml. However, some of the changes did not have his option. There are cases where we had to manually change some defaults in Kubespray code.

One of the places is when it checks for docker_version in ubuntu_bionic.yml. The existing version is 18.06.0 expected is 18.06.1. Tried to change this by supplying the correct/requested version by Kubespray. Regardless it fails unless we change the hardcoded version in the https://github.com/kubernetes-sigs/kubespray/blob/release-2.8/roles/container-engine/docker/vars/ubuntu-bionic.yml#L6

Another case where we encountered issues is when ansible runs a name: ensure docker packages are installed

Right now we have the K8s cluster setup in offline mode on the client-server machine replicated in the lab. However, we see that support for the offline version is poor for v2.8.2 currently used by KUD. Setting up the galaxy requirement has been a blocker. We have developed an approach to it to get the add-ons going.