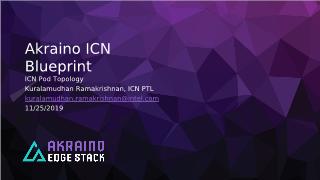 We have the following Jenkins slave nodes joined Akriano Jenkins. ICN CI jobs are supposed to be scheduled to our slave nodes by label icn-dev.

To setup private jenkins, please refer to the README.md under icn/ci/

We support the following  jobs

Update the verify.sh can update the CI job content. 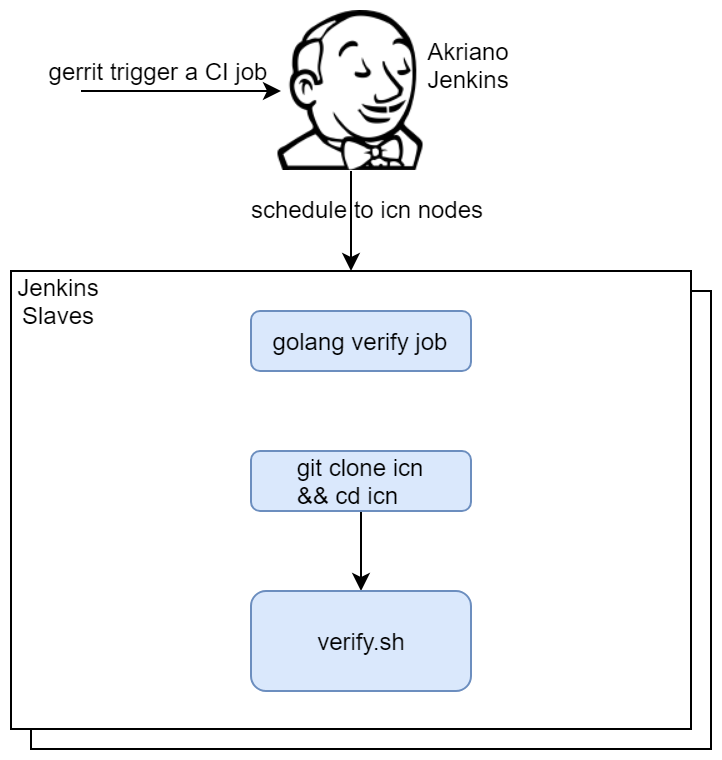 We have the following steps for CD job: 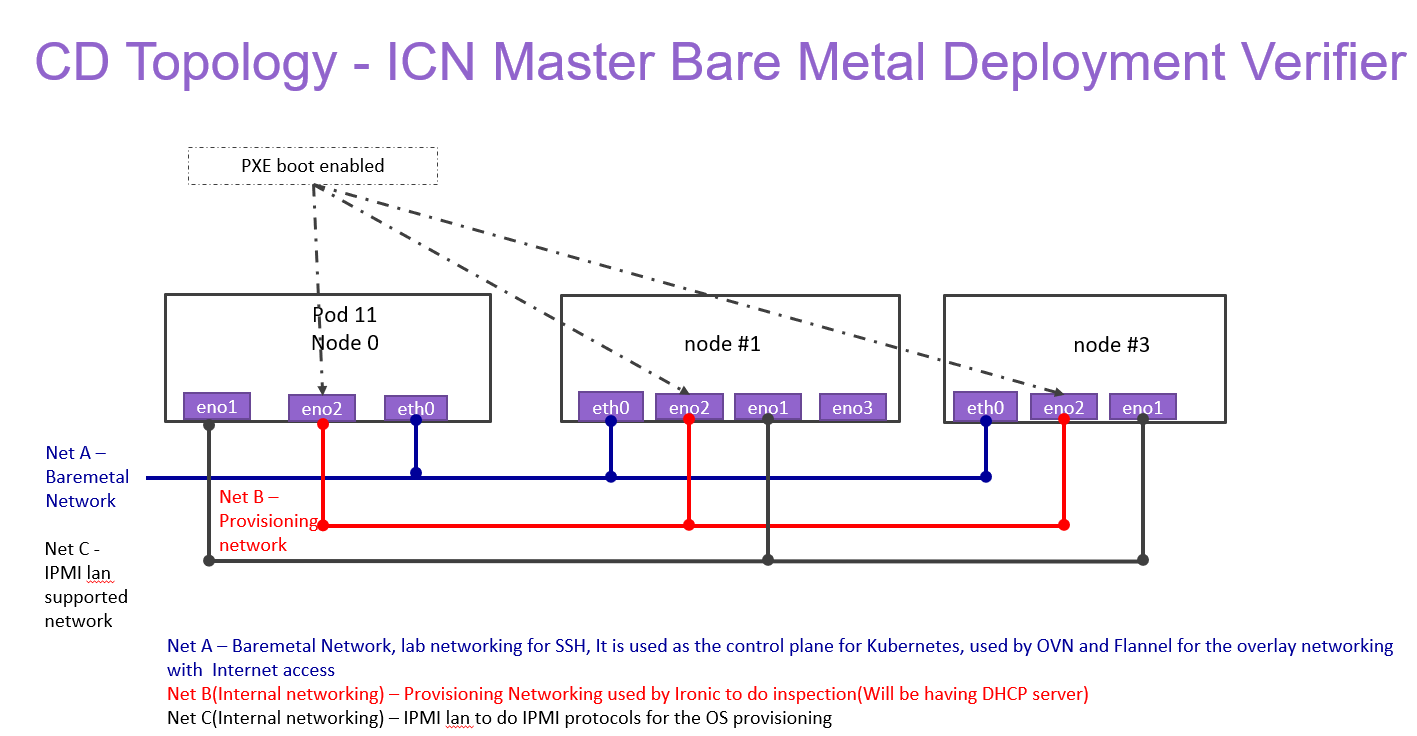 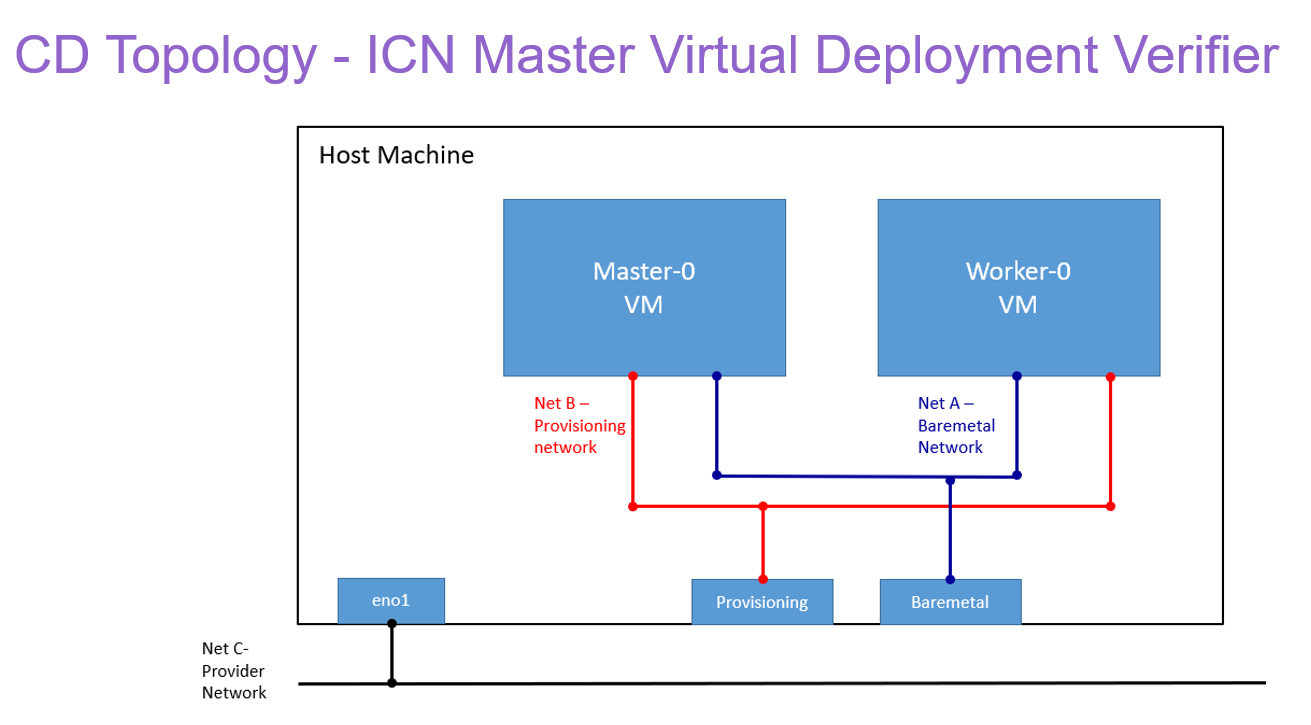 All components are tested with end-to-end testing

bashate test is to check the shell scripts code style. i.e. Trailing Whitespace. We find all files with suffix '.sh' and run bashate against the files. './cmd/bpa-operator/vendor/' directory is excluded.

All the test case are tested as follows:

KuD has test cases to verify if the add-ons are running correctly. All the test cases can be found in tests directory in the multicloud-k8s project. For each of these, we bring up the deployment that is specific to the addon, perform add-on specific actions on the pod related to the deployment

EdgeX Foundry helm chart are installed through ONAP in the edge location. Test case ensure that all the EdgeX Framework containers are up and running

The gerrit comments contains the CI log url. All the CI logs are under this folder ICN : https://jenkins.akraino.org/view/icn/job/icn-master-verify/

All the testing results are in logs