The blueprint uses the Network Cloud family tools. It can be deployed from Regional Controller and creates a single server edge site running Openstack with TungstenFabric.

The TungstenFabric blueprint is primarily intended to demonstrate the automation and software components used by the Network Cloud family with the minimal hardware or network requirements. This blueprint provide SDN capability provided by TungstenFabric.

The TungstenFabric blueprint can be deployed at any location in a network where a single server Openstack service is required to support applications.

User clones gerrit repos nv/tf and api-server, generates ssh-keypair and put public key on EdgeSite (it will be used for authorization from Regional Controller).

Then user put private key and deployment script (deploy.sh) on web-server. (web server is not a good way for sharing ssh private key, we use this only for testing and we should use another

When edgesite and blueprint are created user put their UUIDs to environment variables and generates POD.yaml and load  to Regional Controller  api-server using rc_cli tool. 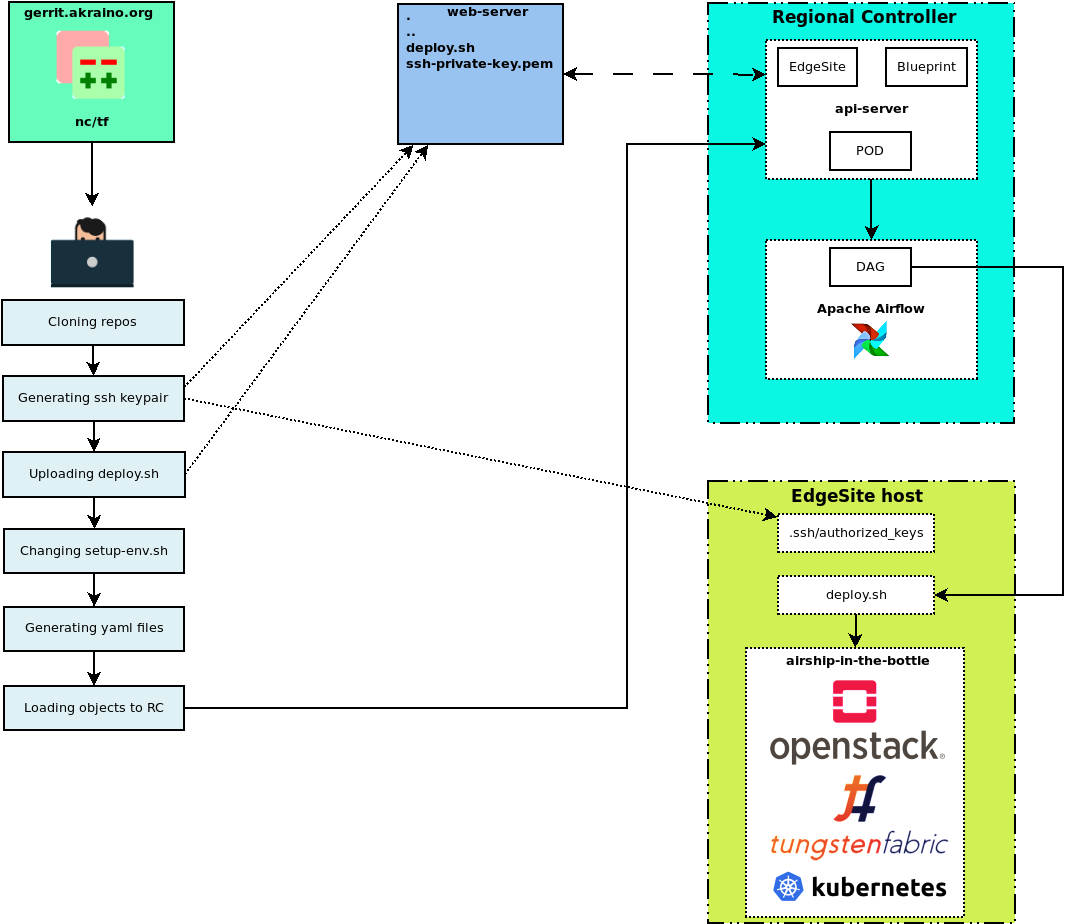