ELIOT is "Enterprise Edge Lightweight and IOT" project under Akraino approved blueprint family and part of Akraino Edge Stack, which intends to develop a fully integrated edge network infrastructure and running edge computing applications on lightweight Edge Nodes. ELIOT targets on making the edge node a lightweight software stack which can be deployed on edge nodes which have limited hardware capacity by leveraging lightweight OS, a container running environment and container orchestration applications.

In addition, ELIOT stack focuses to have an infrastructure for edge computing which will enable high performance, high availability, security and reduce latency.

uCPE (SD-WAN)  - Enterprise WAN edge use of SD-WAN solutions or universal CPE (uCPE).  In this use case, plan is to support following scenarios:

ELIOT Architecture consists of an ELIOT Manager and multiple ELIOT Nodes. The scale of ELIOT (edge) Nodes can range from 1 single node to 10, 100, 10K or more.

ELIOT Manager is the central controller which manages the orchestration, life cycle, management and networking of edge nodes. It can be installed on a bare metal server or cloud VM with Ubuntu 16.04 /18.04 or Cent OS 7.5 version.
The node  Kubernetes Master (kubeadm, kubectl, kubelet) to facilitate auto deploy, high availability, orchestration, self-healing of the ELIOT Edge nodes.

ELIOT Nodes - uCPE Node are Edge compute processing nodes which can be on an uCPE hardware or VM's.  As the edge nodes can have restricted hardware resources of CPU , Memory etc,

Many cloud native monitoring applications can be used to collect container matrix and show them in a graphical manner, like cadvisor, grafana , prometheus. 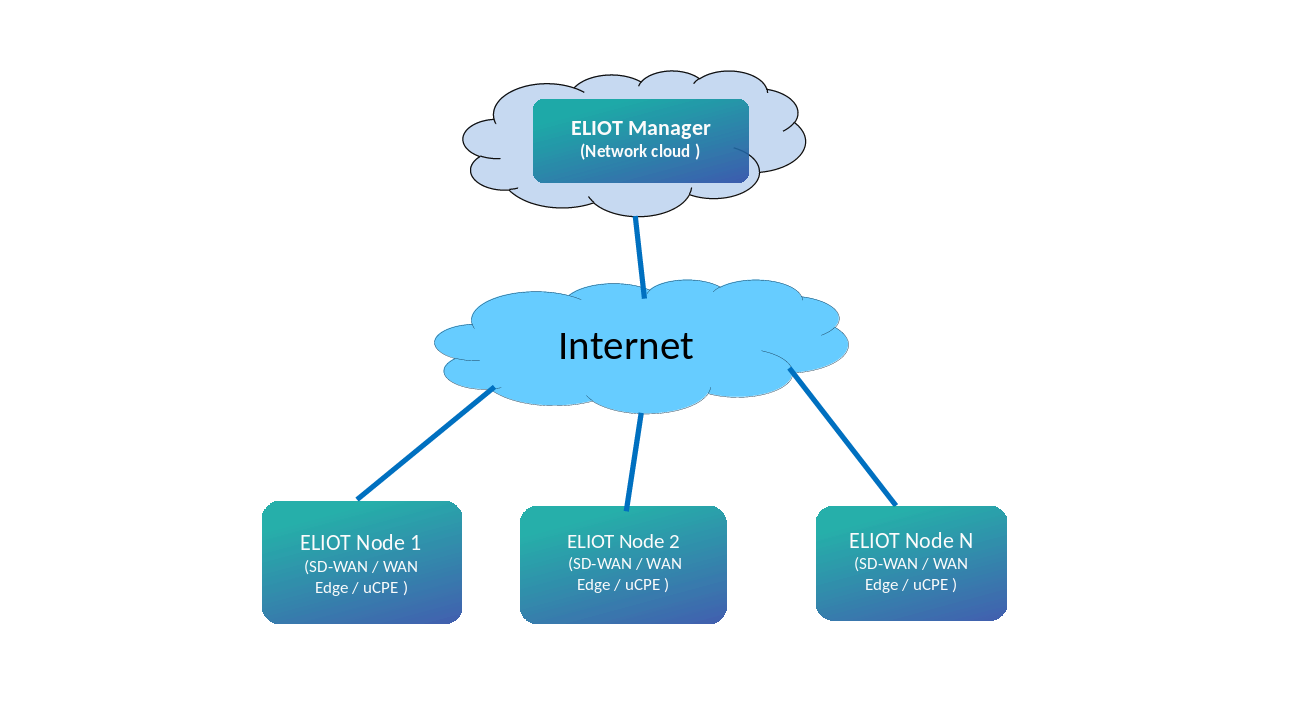 ELIOT Portal is new feature added on the ELIOT Blueprint which is currently applicable for both IoT Gateway and uCPE Blueprint. ELIOT Portal main objective is use to have a dashboard for operations and management of ELIOT Cluster. It consists of ELIOT UI and ELIOT API Gateway.

In  Release 2.0 the portal is giving the following operations:-

Other options like Application Deployments,   are currently in design phase, which will be developed for future releases.

Node Monitoring main task is to collect the container performance metrics from various IoT Gateway Nodes and display on a dashboard in graphical representation.

The core part of the ELIOT Cluster which controls the Node health, high availability , overlay networking , cluster management. To manage the same Kubernetes and KubeEdge are being used for Node Resource Management with Calico for Container Networking.

Container Runtime provides the platform to run the containerized applications on ELIOT Edge Nodes. Currently Docker is being used as the platform, in future plans are to use lightweight container runtime environment like Containerd.

For maintaining a set of pods running on ELIOT Cluster, which are composed of one or more containers, on a local system. Within a ELIOT cluster deployed with kubernetes, the kubelet functions as a local agent that watches for pod specs via the Kubernetes API server. 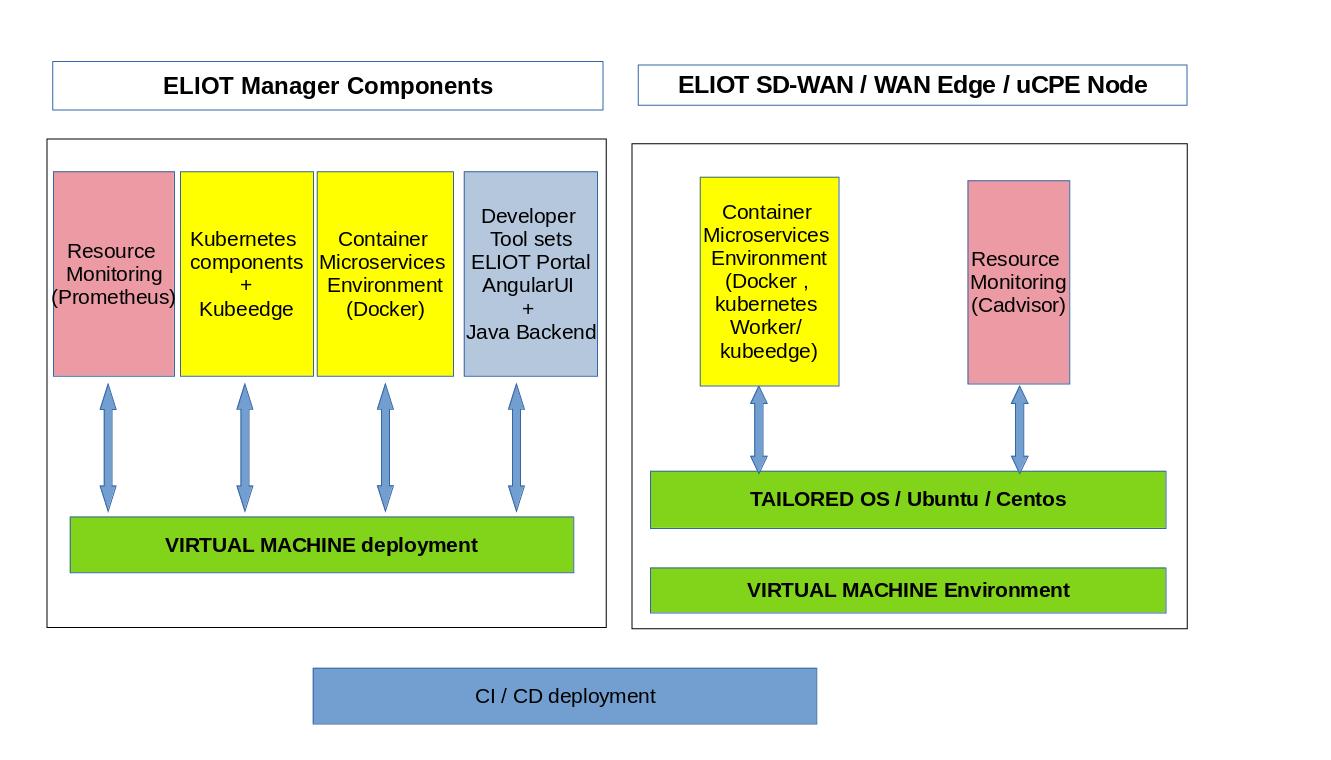